The LEVANT and beyond..

Ahmad Kadan
·
Updated July 13
Lives in Aleppo, Syria
As a Syrian, do you like Turks or Greeks more? Why?
first of all, I want to clear things up, this is NOT a political answer. If I were to judge everyone based on politics while mixing all this with stupid nationalism or ideologies, I’d be off better living in cocoon for how many people I would hate..
so if you are here looking for an answer that would bash either of those people group, this is not your place.
Historical context: 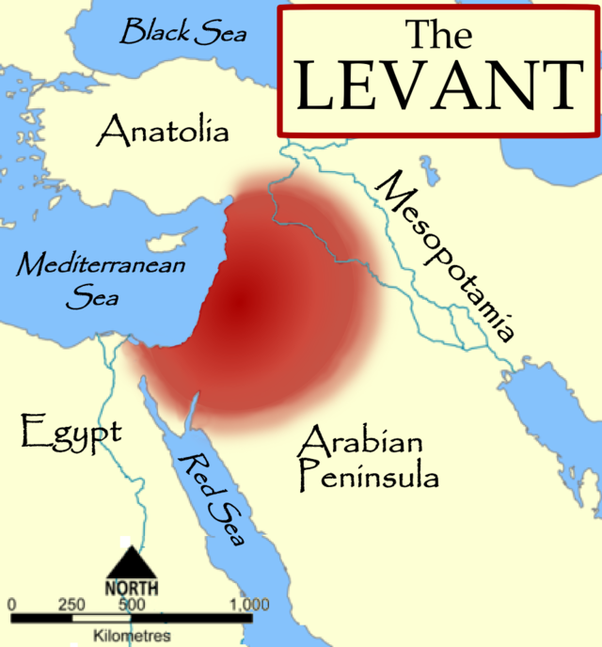 Ever since the start of history, our region has been a battle ground for the various neighboring regional powers trying to assert dominance over the whole near east, and it has proved to be an easy target for them.

In this case, both the Greeks and the Turks had a decent share of ruling modern day Syria for multiple centuries. 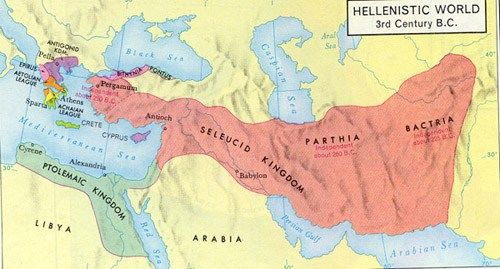 The Greeks, ruling from 333 to 83BC under the Macedonian and the Seleucid empires. And the Turks, ruling for over 700 years starting from the Seljuqs, Zengids, Mamluks, and most importantly the ottomans who lost their rule over Syria a century ago in 1918.
Greek/Hellenic Influence 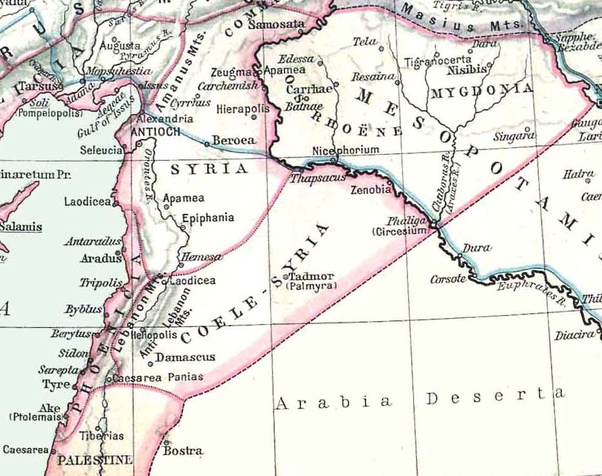 Syria and Coele-Syria.
During their rule over Syria, the Seleucid Greeks massively hellenizied the region while themselves adopting some of the region’s culture as well.
This can be seen in the introduction of Greek names to the cities of Syria, Beroea for Aleppo, Epiphaneia for Hama etc.. and also the establishment of cities in the region like Apamea, Seleucia ad Belum, Cyrrhus etc 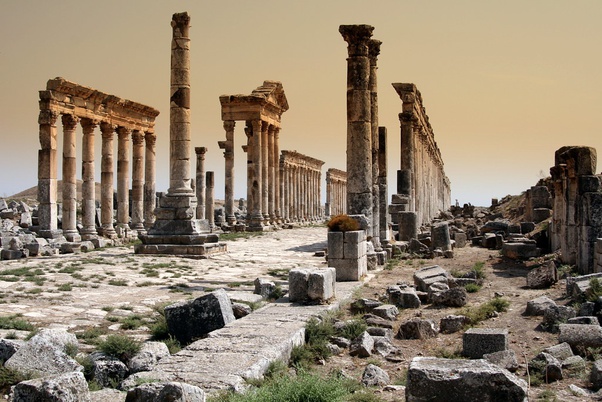 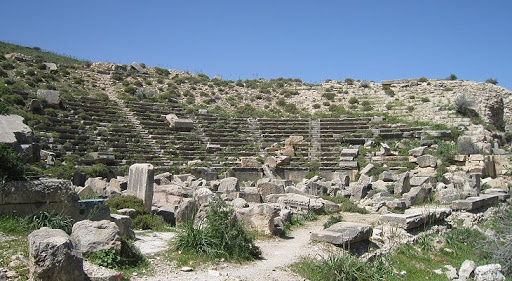 Cyrrhus, Aleppo.
Even after Syria became part of the Roman empire, Syria was still a heavily hellenized state and the upper class of the local population were mostly speakers of Greek. The perfect example for this were the Palmyrenes, who had a Semito-Greek cultural fusion and adopted many hellenic aspects into their own daily lives and culture. 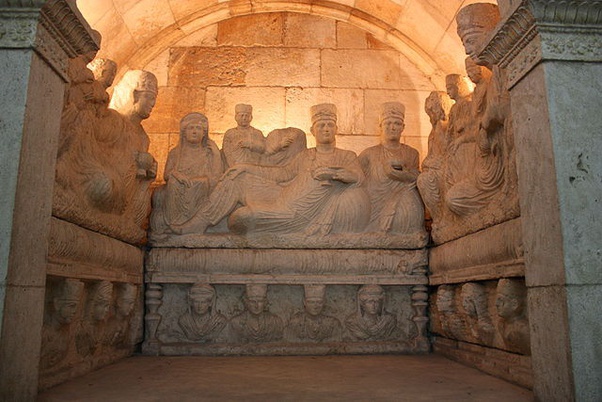 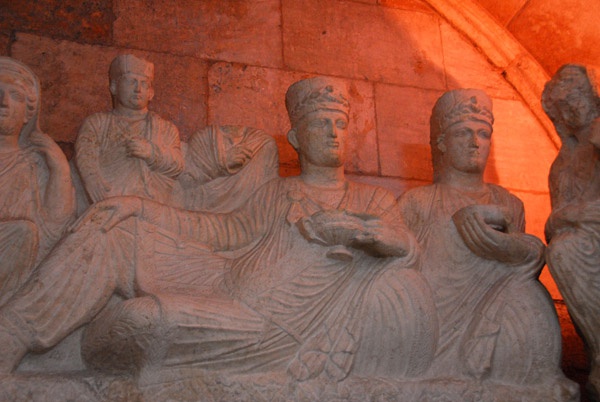 The hypogeum of yarhai, an underground burial chamber in Palmyra.
Turkish influence 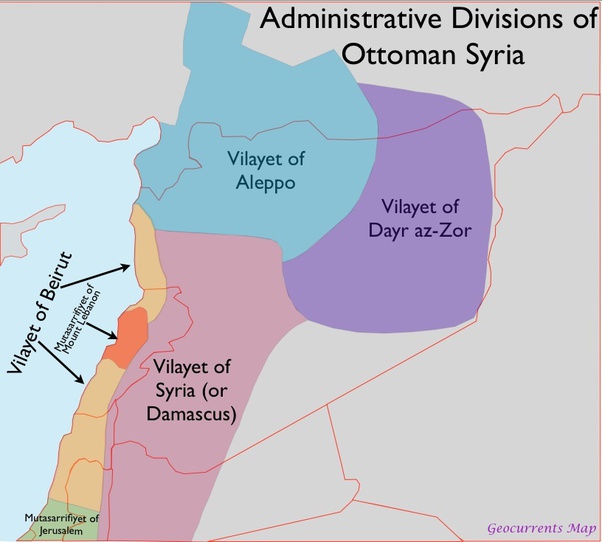 Ottoman Syria.
Having been ruled for well over 400 years by them, the Ottoman Turkish influence is quite visible and far from being neglected.
If you go to any major Syrian city, you'll still see some of the structures that were built by the ottomans which are renowned for their architectural beauty. 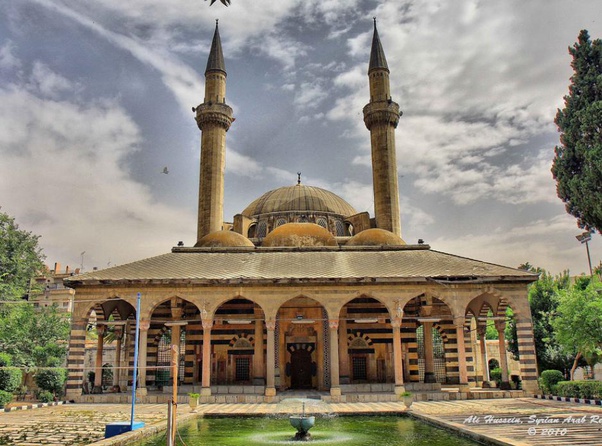 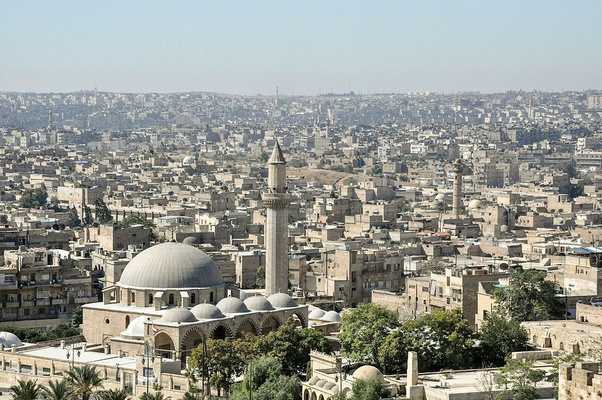 Tekkiye Suleimaniye in Damascus, and the Khusrawiyyah school in Aleppo respectively, both were designed by the ottoman architect Sinan.
The ottomans had an influence on the cuisine and the language as well. Syrian dialects had more than a thousand ottoman vocabulary but now this number has dropped to a couple hundred though you can still find words of ottoman origin in the regular speech.
Similarities.
Thanks to many great writers here from both Turkey and Greece, I've learnt a lot lf interesting aspects of their culture that are similar to ours, and especially in cuisine. like not we only have similar dishes but we also call them with the same names! 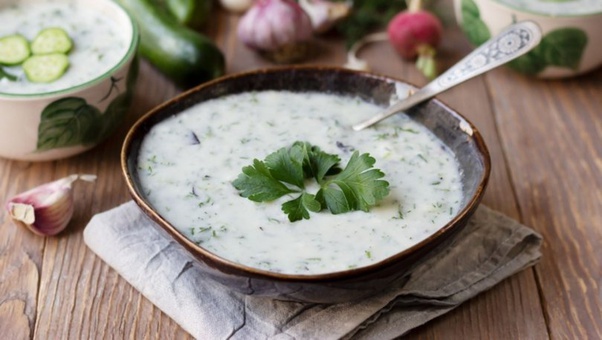 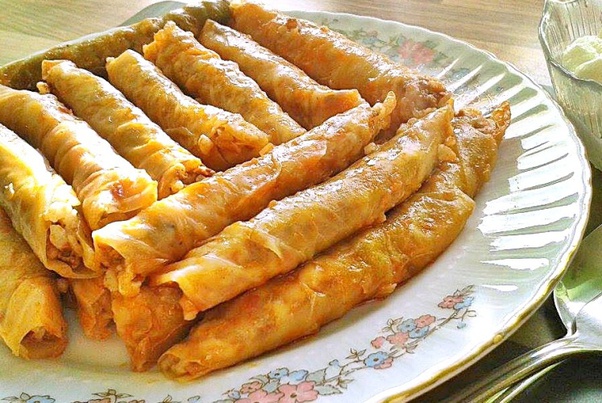 In Greek “Lahanodolmades”, Turkish “lahana dolması/sarması” and Syrian Arabic “لَخَنة/Lakhana”.
I must also mention how close are some of the southeastern Turkish cities like Antep, Antakya and Urfa to northern Syria in general and Aleppo specifically, and as an Aleppine who has visited both Antep and Urfa I can tell how strikingly similar they look and Especially Antep. 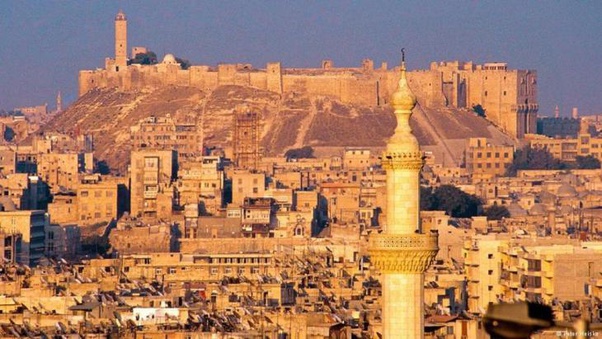 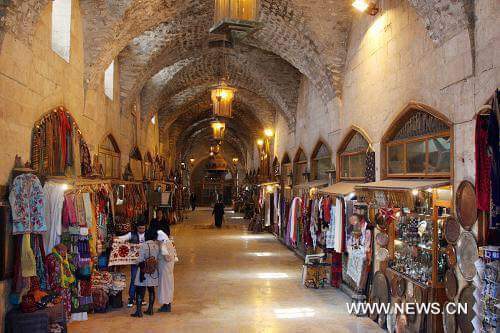 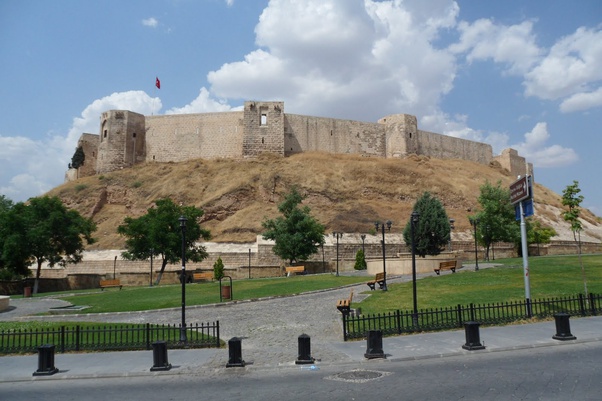 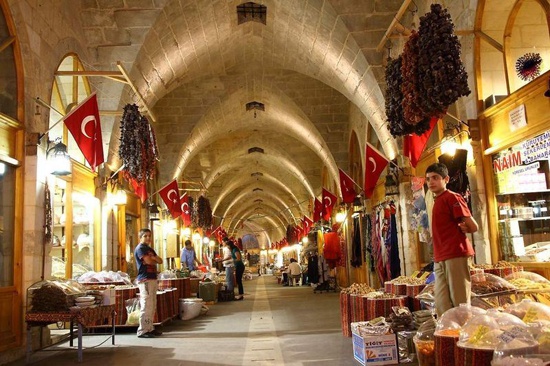 First two photos are from Aleppo, the others are from Gaziantep.
Both cities have a very close culinary identity and are known for their special cuisine in their respective countries.
Also both are known for their pistachios and accordingly name it after the cities’ name! Hence “Antep fıstığı / Antepian pistachios” and “فستق حلبي / Aleppine pistachios”
No wonder why they are considered twin cities! :)
Conclusion
You could technically skip all the above and read this part. As a Syrian, I don't prefer Greeks over Turks or Turks over Greeks, I like them both and I'm equally keen on learning more about their culture, and I'm so happy that Quora has given me the chance to do so.
We, the Syrians, in the early 21st century had a lot of potential to interact more with the people of Turkey and Greece and just when things started going for the better, the tides changed and the war struck, and millions of Syrians found themselves taking refuge in these countries.
We are sorry that bitter destiny didn't choose for us to have a normal life and interact with you properly, but rather threw us at your borders or washed away our bodies on your shores.. 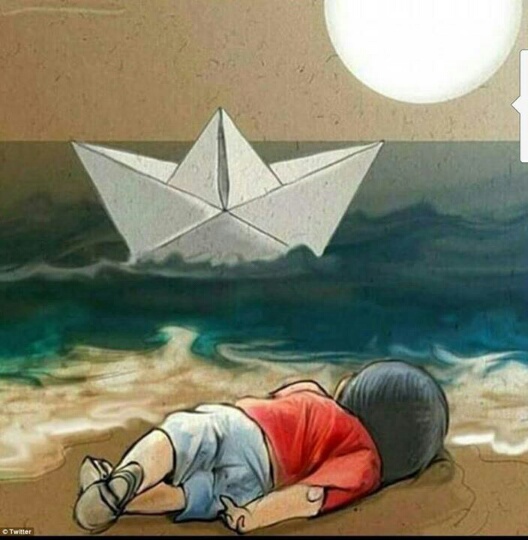